If so, you just got a FREE APPETIZER at Minglewood Tavern added to your card!

Perhaps you’ll want to try the Crispy Fried Pickles, Nacho Pile of Love, or the Truffle Fries  as a prelude to one of Minglewood’s nightly specials.

With Trivia on Tuesdays, live music every Friday & Saturday night and food specials five nights a week there’s always something going on. Plus, they just added a new buy two, get one free Monday night sushi special and BURGERAMA on Thursdays with six specialty burgers just $10 each.

YOUR FREE APPETIZER IS ALSO GOOD ON LATITUDE 43’S DECK 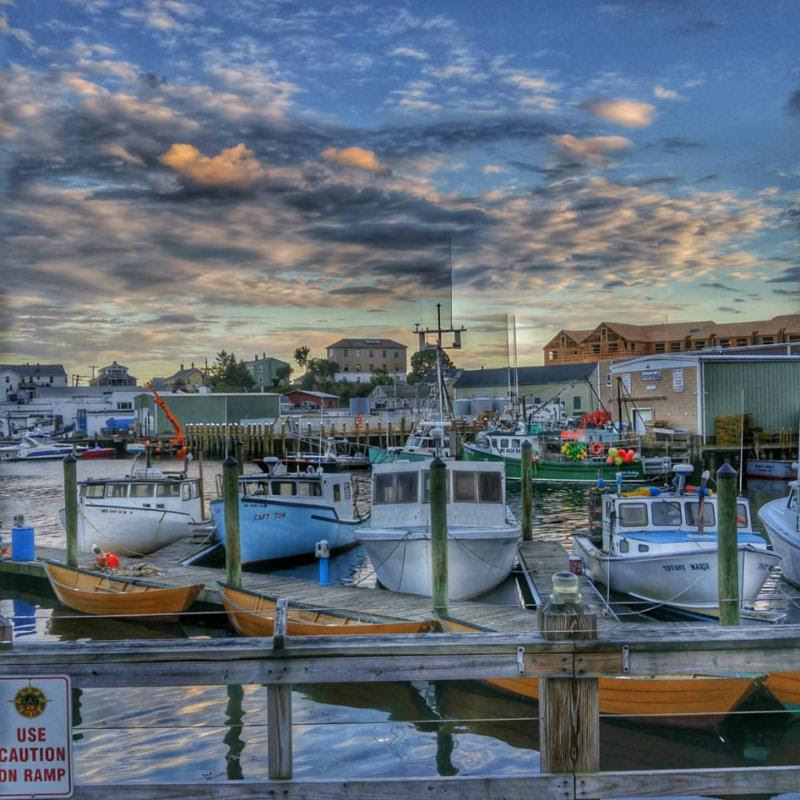 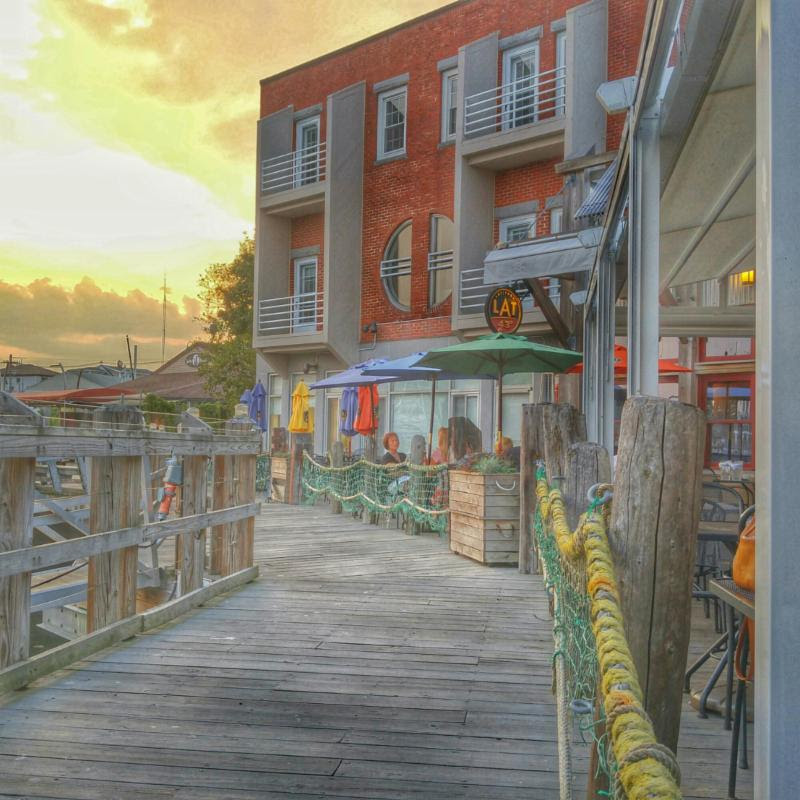 The free appetizer expires on Friday, October 7th so be sure to come in before then to take advantage of it.

AND if you aren’t a member of their Rewards Card program yet, make sure you sign up now so you don’t miss out on the next surprise Reward.

The HarborWalk Summer Movie Series wraps up tomorrow night with Inside Out – and it’s also your last chance to get the special Wednesday night steal from Minglewood Tavern.

TWO Cheese Pizzas for just $10. Yes, just $10 for two cheese pizzas, perfect for sharing while you watch the show.

It’s such a wonderful, fun time of year and we can’t think of a better way to celebrate than a weekend long dance party. Yes, you read that right, three nights of straight dance party fun!

Friday: Party with the North Shore’s hottest cover band Moonraker. They cross all generations of music to put on an amazing show that you won’t want to miss.

Saturday: Hailing from Gloucester, Over the Bridge is all about bringing you the best in “FEEL GOOD MUSIC” with a bit of rock ‘n’ roll, hip hop and reggae. Working hard and playing even harder, these boys are sure to leave you wanting more…

Sunday: Quite possibly the #1 Dance Party Band EVER, Mo Bounce knows how to get the entire crowd on the dance floor and keep them there all night long. And, guess what? With Monday off for the holiday, you CAN dance all night!

Like Loading...
May 24, 2016May 24, 2016 ~ sam
Drop a dime & get paid $200
Latitude 43 & Minglewood Tavern are looking for line cooks.  If you know anyone who would be a great fit, just send them our way and you could get paid.
Yes, you read that right. We’re offering $300 sign on bonuses for line cooks with an additional $200 to whoever tipped them off about the gig.
Find our online application here and ask them to put in your name and email to claim your reward. For more info head to the Serenitee blog.

Like Loading...
January 20, 2016January 20, 2016 ~ sam
Did you know it’s National Cheese Lover’s Day!? We’re not making this up – search the hashtag.
Now that you know about this glorious, ooey gooey holiday, you *of course* have to celebrate. Lucky for you, the folks at Minglewood Tavern have a plan. In addition to their already cheese-filled menu (hello Nacho Pile of Love and Pizza) the chef has added a few specials to pay homage to the best form of dairy, like Mozzarella Bites & Queso Dip.

Moral of the story: embrace your passion for Swiss, mozzarella, pepper jack, cheddar, American and goat – today is our day.

If you haven’t heard yet, we need to let you in on a little secret: Latitude 43 now has some serious heaters (trust us, these things are legit) so you can dine on their deck all year long. Picture it: Sipping cocktails and enjoying sushi, under the awing, while the snow literally falls around you.

But let’s not get too ahead of ourselves, for now let’s focus on this glorious season: fall. The crisp, fall air, views of the harbor, a tasty beer (like the new pumpkin draft rotation*), all enjoyed while you’re warm and cozy outside on Latitude’s deck. It’s basically perfection.

That said, the restaurants are still going to offer all your favorite specials and entertainment, they’re just shifting days. All You Can Eat Sushi will be available on Sunday at Latitude 43, while Minglewood will have NFL Sunday ticket on down the hall. Stump Trivia and 43 Cent Wings will now be on Wednesday Nights and Tres Tacos is now on Thursday – how’s that for some alliteration!?

A full line up of weekly promo and entertainment:

*The latest pumpkin beer in rotation is Two Roads’ Roadsmary’s Baby. This ale is aged in Caribbean Rum barrels and has all the pumpkin flavor you want, with notes of vanilla, oak and a hint of rum, making it a strong contender to become your new fall favorite – and there’s only one keg of it, so make sure to come try it sooner than later.

Oh and if you haven’t got your Serenitee Restaurant Group Rewards Card , Yep You Crazy Crazy.

Every time I look at my rewards by logging on online there’s more free stuff that magically appears.  Sign up here (for free) to get yours and enjoy the gift of free awesome food from The Serenitee Group.

Minglewood has 8 TVs and NFL Sunday Ticket, so you can literally watch any game you want, any given Sunday during the football season.

Add in the Minglewood Tailgater Combo – and you have a perfect Sunday.

Ideal for sharing, the Minglewood Tailgater Combo includes all our your appetizer favorites for just $30.

Keep an eye on all your fantasy players without missing a beat during the Pats game, and enjoy some cold beers. Sounds kinda perfect.

Check Out the Menu Here

I think Minglewood was always good but in the past year I think their upscale casual food has been GREAT.

Had an awesome dinner with Super K last night-

If you haven’t tried “Not Your Father’s Root Beer Yet- Get Down To Minglewood and Ask For One.

The Sushi Is Always Good