Check out these four new featured drinks: the Mocha Cha-Cha, Smoke on the Water, Civil Union and Morning in Paris! Come by our bar this weekend to give these a try, along with any of our other new speciality & cold brew cocktails 🥃 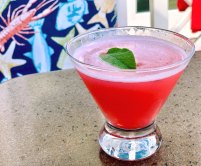